After weeks of promising this, here goes nothing. For the sake of time, I am going to provide the short, less attractive version. I don’t want to ramble or write an unrealistic novel. So I will shoot it to you straight with the simple facts. McLean’s birth story is crazy, funny, scary, exciting, surreal… ALL OF THE EMOTIONS. I can’t wait to print this story for his baby book. I know one day in the future I will share with him just how insane the whole process was, but also how beautiful of a gift he is to his Mom and Dad.

If you all followed my pregnancy journey, you know that it was not an easy one. It was smooth sailing until the 25 week mark when my body told me something was wrong. I was working out on my treadmill at home, and I had to stop due to bad cramps in my lower abdomen. Thank the good Lord that Evan was home that night, and after a quick call to the doctor’s office, we were told to go to triage at our hospital. When we arrived, I was hooked up to monitors and I underwent several tests that showed signs of pre-term labor. I was having contractions and dilated at 25 weeks. Considering it was my first pregnancy, I was scared to death. After four days in the hospital I thankfully got to go home, still pregnant. However, this scare put me on bedrest for the next month, and keeping baby in was all that mattered.

In June I went back to work part time. The month flew by and luckily I was feeling okay, just big and uncomfortable in the summer heat. July was another story. My doctor recommended I move up our baby shower, considering she didn’t think I would go full term, and that we’d be lucky to make it to August. Keep in mind my due date was originally August 31st.

In the month of July I began swelling, and swelling some more. My ankles, face and hands were swollen so bad, I was tested for preeclampsia twice before actually being diagnosed. Not to mention, at each visit to my doctor, my blood pressure was increasing. As each week of July went by, we visited the hospital 4 more times and were sent back home with “false alarms”. I personally wouldn’t consider those 4 trips to the hospital false alarms, because I truly did think I was going into labor. Each time I was having contractions and my body thought it was supposed to prepare for delivery. During those 4 visits I underwent a tremendous amount of blood work, a MRI, ultrasounds, kidney and bladder testing, etc. Ultimately, nobody was 100 percent certain what was causing all of my problems. I was then given medication to stop contractions and an antibiotic to prevent bladder infections (I had 3 in a row starting at 25 weeks). To say I was miserable at this point would be a major understatement.

Two days before I finally had McLean, I was back at the doctor with a severely high blood pressure. I was tested again for preeclampsia and the results concluded I was borderline. I was to monitor my symptoms and call if anything changed. The day before birth, I was at a staff outing and boy, did a lot of things change. I was even more swollen, my stomach was burning, I could barely see straight (lots of metallic dots and blurry vision), and I felt sicker than a dog. So I called, and we went back to the hospital. I remember telling Evan not to even pack our bags for the trip, because it was probably another “false alarm”. We only told our Mom’s as we checked into triage and got a new set of nurses. Sure enough, my blood pressure was too high and I was still having contractions. They would keep me overnight to monitor my blood pressure and test my urine again for preeclampsia.

In our new labor and delivery room, we were told my urine was fine. It wasn’t 30 minutes later when our on-call-doctor walked in, flipped on the lights and woke me and Evan. My urine results were unfortunately read incorrectly the first time. The doctors look for a protein in your urine that is an indicator of preeclampsia. They consider a protein level of .02 severe. Guess what?! I was a 2.0, so I was 10x higher than the severity rate. To top it off, my blood pressure was so high it was scaring all of my amazing staff. I was told at that moment “we’re having a baby, now”.

Labor was started through induction and when I woke up the next morning, August 1, 2019, I was already dilated and contracting at 7 am. They gave me the epidural, which did not initially work. I received a second dose of the epidural and that’s when the magic kicked in. If you’ve received an epidural before, you know just how magical. We were told it could be hours before baby arrived, and to just relax.

At around 11:24 am my nurse came back to check my progress and that’s when things sped up. She was stark white, and asked if I was okay. I said I was and she looked pleasantly surprised. At that exact moment, McLean was already on his way out. We called for my doctor, and the NICU team arrived. Within 13 minutes of that call to my doctor, John McLean Sharp was born. I pushed for a total of 8 minutes. Holy cow!

It took the NICU team several minutes to get McLean awake and active, but he was a healthy and happy baby. For a 35 week old, they considered him a blessing and that he was (and still is). I remember telling my doctor after he was born that I already felt better. I was placed back on the magnesium drip (absolute hell) for the next several days. We were shocked to not have to spend any time in the NICU and we were released after a total of 3 days in the hospital.

Since then, you guys have seen an abundance of pictures and videos on social media. We’ve had weekly weight checks, and he has surpassed all of their expectations. He’s a growing baby and he is loved more than he will ever know. I am still on the mend, taking blood pressure medicine for the foreseeable future. But in the grand scheme of things, I would put my body through it all again for him. He is worth every scary moment and anxious thought over the last 9 months.

So there you have it, the short story of John McLean Sharp’s grand entrance into the world. Thank you baby boy for patiently waiting until week 35. And most importantly, thank you for allowing me to by your Mom. I may not know what I’m doing, but I promise to give you everything I have. 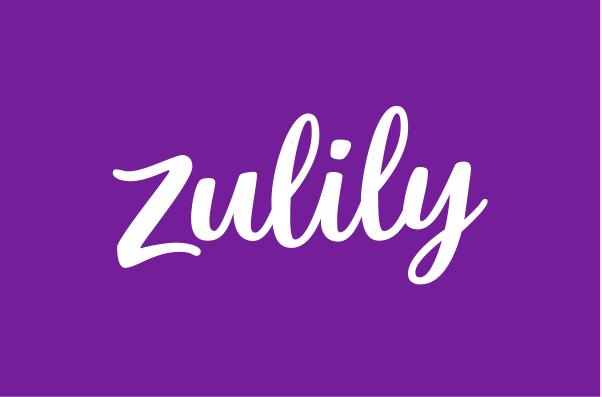